Full Name
Emily Fischer
Job Title
General Counsel
Company
Edison Electric Institute
Speaker Bio
Emily Sanford Fisher is General Counsel and Corporate Secretary for the Edison Electric Institute (EEI) in Washington, D.C. EEI is the trade association that represents all domestic investor-owned electric companies. Emily is responsible for managing EEI’s litigation and legal affairs, covering a wide range of energy and environment regulatory and policy issues, at the state and federal level. She has been with EEI for 12 years and most recently served as EEI’s Deputy General Counsel, Energy & Environment.

Prior to joining EEI in 2008, Emily was a Foreign Service Officer with the U.S. Department of State. She served at the U.S. Embassies in Bangkok, Thailand and Bogotá, Colombia. Emily also worked at the law firms Dewey Ballantine LLP and Dickstein Shapiro LLP in Washington, D.C. representing investor owned electric companies and independent power producers in a range of regulatory proceedings before the Federal Energy Regulatory Commission and the Securities and Exchange Commission.

Emily received a B.A. in international affairs with a concentration in economics from the George Washington University and a J.D. from Georgetown University Law Center, where she was the Administrative Editor of The Georgetown Environmental Law Review. She is admitted to practice law in Maryland and the District of Columbia. She was 2014-2017 Co-Chair of the American Bar Association’s Committee on Climate Change, Sustainable Development and Ecosystems and is the legal counsel to the Women’s Energy Resource Council. She also is a member of the Women’s Energy Network National Advisory Council and the Energy Systems Integration Group’s Advisory Council.
Speaking At
Podcast: Fostering Resilience and Safety Through Collaboration 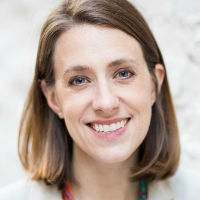